On the BBC website and news today there's a great story about house price growth in England and Wales over the last decade. It uses ward-level house price data to track changes over the past decade. I wasn't aware until relatively recently that the ONS had done a lot of the leg-work with HM Land Registry price paid data and aggregated it all to smaller geographies. They publish it down to MSOA level as 'house price statistics for small areas', and very nice it is too. There's median price, lower quartile and a range of other indicators. Naturally, I wanted to see what this looked like, but I thought it would have to be simplified. What I did was take two market price points - £200k and £500k (as very rough approximations for national and London averages) and map the spread of house price growth since 1995. Here's what it looks like in a 30 second animated gif. The geography is the MSOA, with an average population of about 5,400.

I wonder if I should post all the individual frames of this below? Okay, go on then. And you should be able to click to open then in a larger size in a new tab/window. It's interesting that after 2008 there appears to be a geographical contraction and also a bit more volatility and less uniformity of spread - and by 2016 you see a big chunk of the London area in dark red (over £500k average). 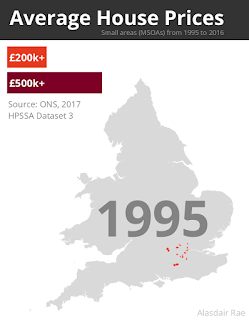 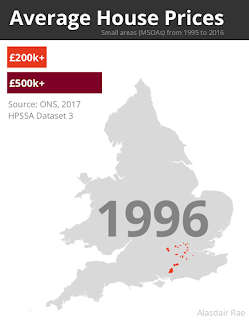 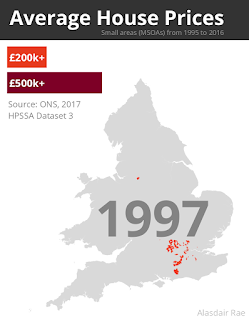 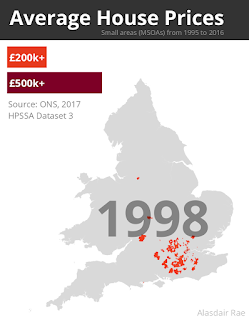 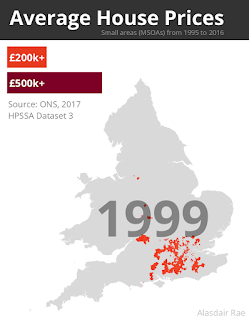 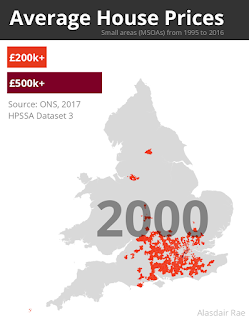 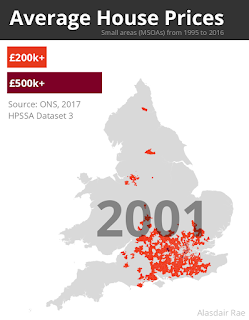 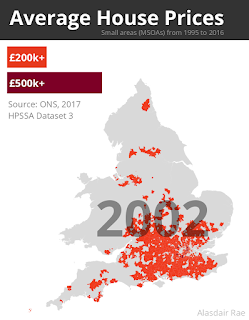 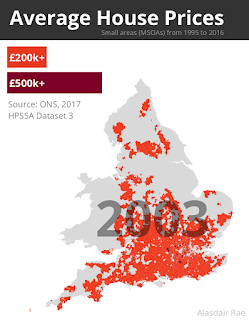 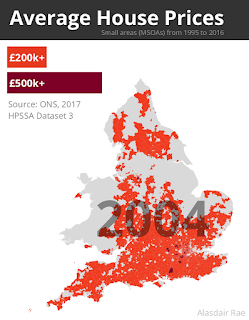 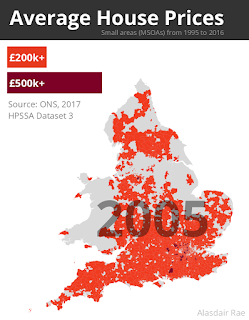 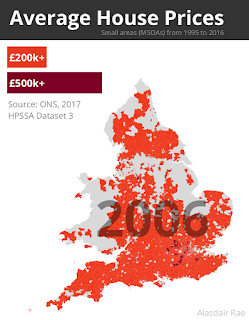 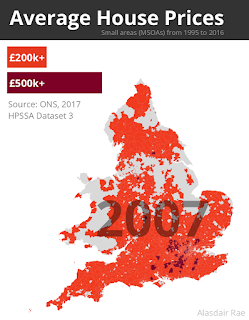 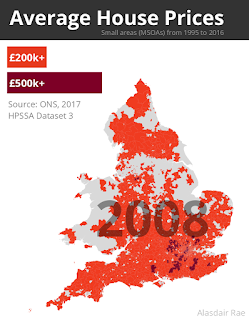 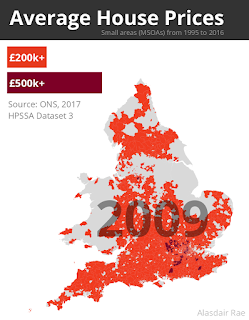 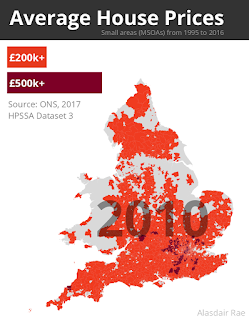 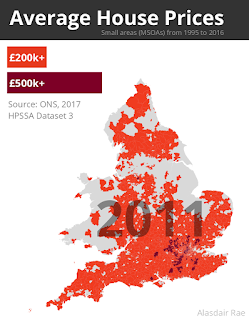 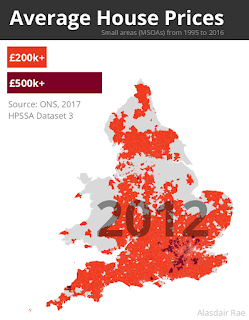 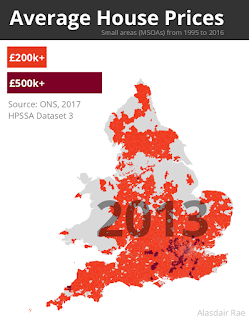 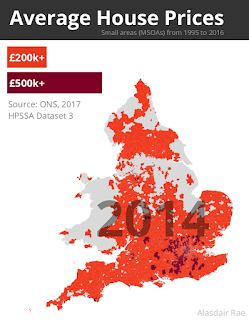 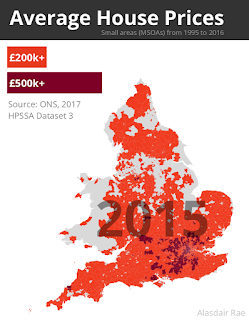 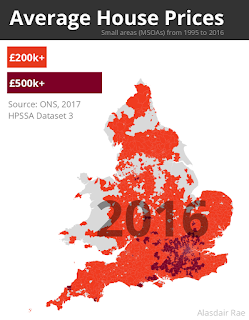 Okay, so we can really tell that by 2016 in most MSOAs across England and Wales house prices are at £200k or above and in a good chunk of London and the South (and a few areas elsewhere, notably Cornwall and south Manchester) they are £500k or more. That's all for now. I'll leave you with the same gif as above, but this time at 1 second per frame, plus another earlier version with the year label in the top right.