I've been thinking a lot about information design, urban density and mapping things in context lately as part of my day job so I thought I'd experiment with all these things using an interesting example. To cut a long story short, I took Ordnance Survey data, extracted all 20 Premier League grounds, edited them slightly to match what's on the ground and then did some mapping. The results are shown below for all 20 teams (as of the 2019-20 season), starting with a gif and followed by some further explanation. All you need to know for now is that the main image in each graphic shows the stadia at the same scale as the rest and the little stadium silhouettes at the bottom are all shown at the same scale as well so you can make comparisons between the size of different grounds. I've made all files (including geo files of the stadia) available on this page.

I've always been interested in cities, urban history, football, deprivation street patterns and that kind of thing - and how they all interact - so this seemed like an interesting way to look at it. I did map this before in relation to deprivation but this post is just about showing each ground in its local context - all at the same scale and with just a little bit of additional information for each one. 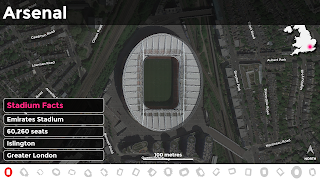 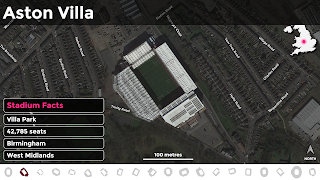 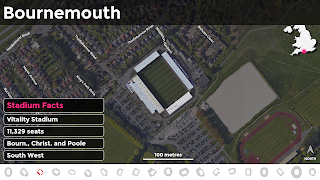 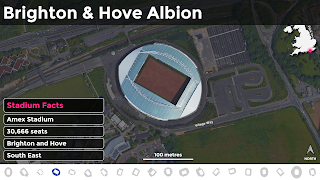 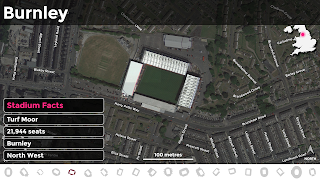 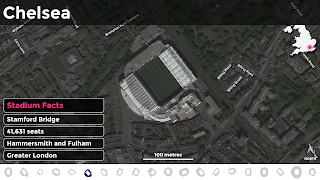 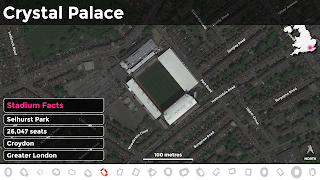 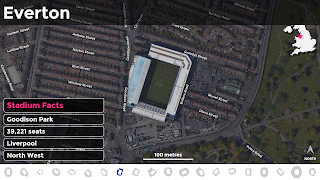 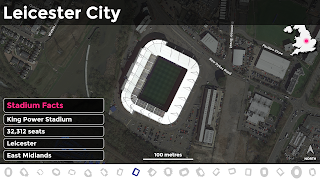 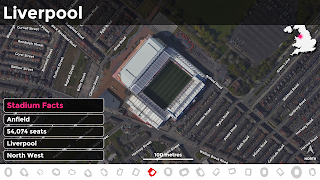 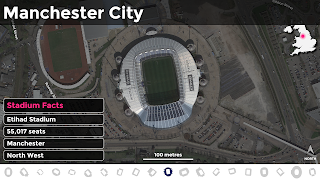 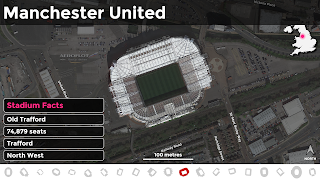 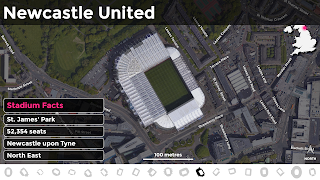 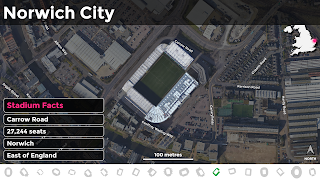 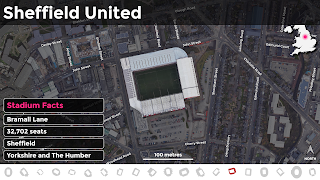 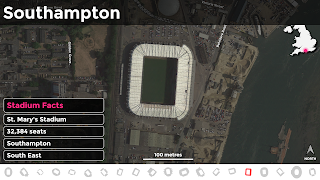 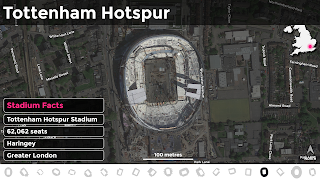 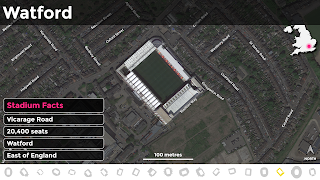 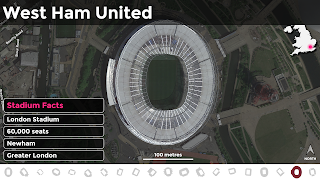 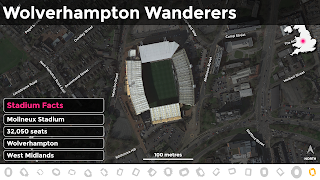 What I've attempted here is to produce a set of individual images and a gif (I also did an mp4 version) that loops through each ground, gives some basic information about each, shows where it is in England and also shows you how it compares in size and local context to all the others. I've added in some street names but not all, because that makes it far to busy and harder to read.

I've been to a few of these grounds to watch a match - most recently to Goodison - and I used to drive past Old Trafford almost every day on my way back from work but for lots of others I'm not familiar with them so I wanted to produce a set of simple visuals that clearly shows each ground in context. I really find some of the older ones interesting, the way they are packed tightly into their surroundings - like Anfield. But this was really an experiment in layout and map design more than anything else; I just used this dataset as it was interesting.

As for the colours along the bottom, I used the colours for each team on their official website, though for some there are more than one and for at least one (e.g. Man City) I used a darker one so it would show up better on the stadium silhouette.

And, oh yes, I was probably thinking about this topic because for the first time in a decade Sheffield will have a team in the Premier League (just not the one in my neighbourhood!).

You can find all the original files - 20 high resolution images plus a gif and an mp4 - here.

Data sources: for the club information it was a mix of Wikipedia and the Premier League website. For the outlines of the grounds I extracted these - then edited them - from Ordnance Survey's OpenMap Local product. The background imagery is Google satellite view. The street names are also from Ordnance Survey but I extracted these from the OS Open Zoomstack local roads layer and then symbolised them just to show a few of the road labels. I thought this was important given the significance of some local roads and how several grounds are named after them - or parts of grounds are.

Software: I did the mapping in QGIS 3.4, I created the gif with GIMP, and the mp4 I made with ffmpeg. For resizing and cropping and otherwise editing the image outputs I used IrfanView. The font is Montserrat, one of the free Google Fonts and a current favourite of mine.