To kick off my blogging for 2017 I thought I'd share some content that has been produced by the Sheffield Methods Institute, where I work half of the time these days. First of all, we have about 15 videos from our 'Making Sense of Data in the Media' MOOC, then we have a series of bite-sized software screencasts (RStudio, Excel, QGIS), and we now have also begun a series of short animations as part of our 'Why Numbers Matter' project. That's what I want to show you here. First of all, here's the first in the series, and it's about a very famous newspaper misprint involving 30,000 pigs.


The idea behind this series is to show that getting our numbers right is very important. However, for the first one, we decided to use a less serious example, in part because we thoguht it would make a good animation - and I wanted to see 30,000 pigs floating down a river. The videos are beautifully produced in my opinion - that's what happens when you hire a pro - though I have to say the voiceover guy needs some more coaching (me). Here's the original newspaper story and then the correction. 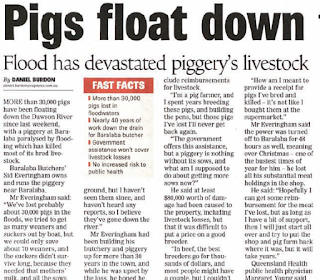 The bigger picture here is that I'm the Director of the Sheffield Q-Step Centre, which is part of a UK-wide initiative to help improve the quantitative skills of social science students, and I wanted to produce some content that would provide a more friendly intro to stats and quants. We have four more videos ready to go and will be releasing these on a weekly basis at first. We have one on averages, another on multi-level modelling, another on how maps can lie and one more on why chocolate doesn't make you fat...

However, we also recognise that numbers aren't always important. Sometimes, even though we know the numbers and the facts, we do seemingly irrational things anyway. So look out for a couple of 'Why Numbers Don't Matter' videos as well in the future.

We'd love it if people share this content widely and use it in their teaching - that's exactly what it's for. 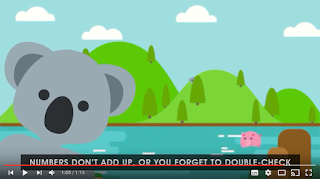